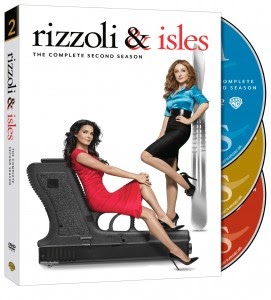 Did you ever have someone who just constantly showed up places? Like no matter where you are if there is someone who don’t wish to see, they will be there? I am sure most of us don’t have serial killers in our past like Jane did in Rizzoli & Isles.  Poor Jane.  Serial killer Charles Hoyt is part of Jane’s back story and what a back story it is! She is such a strong woman to be able to face her demons. He showed up again in a couple of episodes of Season 1 and then he shows up again in Season 2 in, “Remember Me.”  He seems to have all the clues Jane and Maura need to solve a crime. He dangles it in front of Jane because he is dying of cancer and it is his life’s regret that he never got to kill her.  She finally triumphs over him in the end and its amazing.

I had a ‘friend’ who wasnt that great of a friend. He was weirdly obsessed with me and not only wanted to date me but wanted to marry me and have kids. He finally just wouldnt take no for answer and I had to let him down hard. He didnt take it well. He ended up in a mental institution (not because of me, he had all sorts of problems). I forgot about him but then he showed up again after I had my son. Then again when we moved. I changed my number but he still found it. He told me I was his destiny and that he would always find me.  Creepy right?  So then I got married and forgot about him again. Several years go by and I find out that he has friended all my family on Facebook. He never asked me to be his friend though. Its been awhile since then but I am still worried that I will be at the store someday and he will just jump out and be there.

If you havent seen Season 2 yet, you can get it on DVD here. You need to catch up because Season 3 starts on Tuesday, June 5 at 9/8c on TNT.

I have been hired by Warner Bros. WBWord division to promote Rizzoli & Isles Season Two on DVD