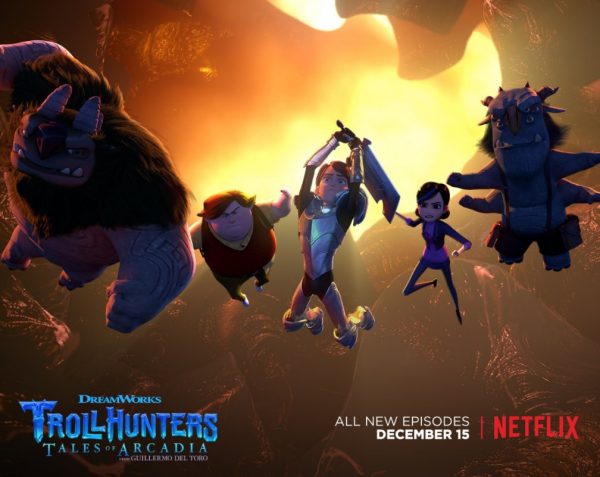 Guillermo del Toro announces Tales of Arcadia trilogy series
Emmy-Winning Netflix original series DreamWorks Trollhunters is first installment of
three-part epic from DreamWorks Animation Television
Trollhunters Part 2 premieres exclusively on Netflix December 15,
with companion series 3 Below and Wizards set for 2018 and 2019
On Monday evening during a preview screening of DreamWorks Trollhunters Part 2, creator and executive producer Guillermo del Toro announced that the world of Trollhunters will expand to become a trilogy of series called Tales of Arcadia.
On the surface, Arcadia appears to be a slice of timeless Americana, but it is no ordinary town. It lies at the center of magical and mystical lines that will make it a nexus for many battles among otherworldly creatures including trolls, aliens and wizards. DreamWorks Trollhunters, the first installment in the Tales of Arcadia trilogy, will be followed by two additional series 3 Below in 2018 and a final chapter Wizards set to debut in 2019.
Following Trollhunters, DreamWorks 3 Below will focus on two royal teenage aliens and their bodyguard who flee a surprise takeover of their home planet by an evil dictator and crash land in Arcadia. Now on the run from intergalactic bounty hunters, they struggle to blend in and adapt to the bizarre world of high school all the while attempting to repair their ship so they can return and defend their home planet.
DreamWorks Wizards brings together the three disparate worlds of trolls, aliens and wizards who have found themselves drawn to Arcadia. The final chapter of the Tales of Arcadia culminates in an apocalyptic battle for the control of magic that will ultimately determine the fate of these supernatural worlds that have now converged.
Premiering in 2016 to critical acclaim, Trollhunters introduced audiences to the seemingly quiet town of Arcadia and an ordinary kid who embarks on an extraordinary adventure in a hidden world right beneath his feet featuring the voices of Anton Yelchin, Kelsey Grammer, Ron Perlman, Steven Yeun, Anjelica Huston and more. The first season lead the Creative Arts Daytime Emmys with six wins, more than any other program, including writing for an animated program (Marc Guggenheim), directing (Rodrigo Blaas, del Toro), casting (Ania O’Hare, Mary Hildalgo) and a voice acting win for Grammer.
DreamWorks Trollhunters is created and executive produced by del Toro with Marc Guggenheim (Arrow, Legends of Tomorrow), Rodrigo Blaas (Alma) and Chad Hammes (Dragons: Race to the Edge) and Christina Steinberg (Rise of the Guardians) serving as executive producers. Dan Hageman (The Lego Movie, Ninjago) and Kevin Hageman (The Lego Movie, Ninjago) serve as co-executive producers.
In celebration of Trollhunters Part 2 premiering exclusively on Netflix this Friday, December 15th Wrapped Up N U is hosting a giveaway!
Beginning Date: 12/13/2017 8:00 pm EST
Closing Date: 12/28/2017 1:00 pm EST

The winner would receive (1) of each toy of the following: 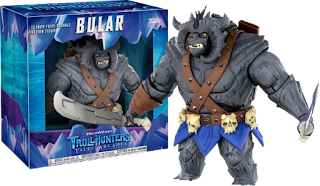 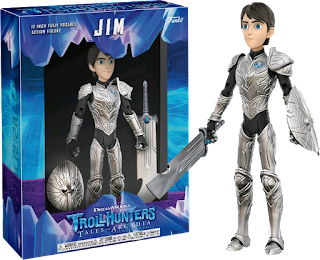 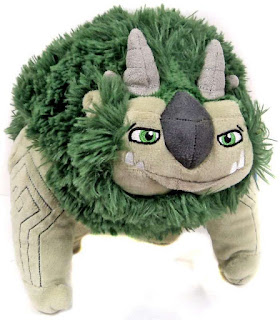 Trollhunters: Tales of Arcadia – FUNKO PLUSH; AAARRRGGHH
Entry-Form
We all “love it when you like us or follow us” on social media! By following us on our social networks and by email we are able to get the best giveaways together on the internet! If you take an entry you must stay following for the entire contest or you will be disqualified. Please refer to the full terms and conditions on the giveaway widget. This giveaway is in no way endorsed, affiliated or associated with Facebook, Twitter or any other Social Media Networking Site. You are not eligible if you have won a prize from the sponsor in the last 90 days. This Giveaway is valid in the United States Only and Entrants must be 18+ years of age to enter.
Disclaimer: Wrapped Up N U nor any blog promoting this giveaway, is not responsible for the awarding of the prize. Sponsor is responsible for prize fulfillment.
Disclosure of Material Connection: Wrapped Up N U received the product above to facilitate the writing of a review. Some of the links on this post may be affiliate links. This means if you click on the link and purchase the item, I may (at no cost to you) receive an affiliate commission. Regardless, I only recommend products or services that I use personally and believe will add value to my readers. I am disclosing this in accordance with the Federal Trade Commission’s 16 CFR, Part 255: Guides Concerning the Use of Endorsements and Testimonials in Advertising.
As Always…Thank You For Visiting Today ~ Please Leave Some Comment Love While You Are Here!