The People’s Choice Awards 2012 is coming up and it is your chance to Voice your Choice! I know there are a lot of great shows from the WB that were nominated! Please go here and vote for your choice, http://bit.ly/arSy9z 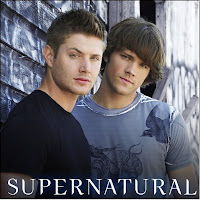 My favorite WB show is Supernatural. That is not negotiable. It’s been my favorite show since my husband and son went to spend the night on the U.S.S. Alabama Battleship. I don’t like being alone so my friend Diania came to spend the night. She brought Season 1 of Supernatural which our friend Courtney had been raving about forever. So I watched episode 1 with Diania and liked it but wasn’t as impressed as I could have been if you know what I mean. So I watched episode 2. Then Diania and I were going to go to bed but I couldn’t sleep. I was scared! So I spent the entire night watching Season 1 of Supernatural. After that, I was hooked. I follow Misha Collins, one of the stars, on his Twitter and devour every bit of info I can get about coming episodes and upcoming conventions.  They will definitely have my vote the way they do every year.
I am also going to be voting for 2 Broke Girls for best comedy. That is probably one of the funniest shows I have seen in a long time. I didnt see the first episode so I had to catch up but I am glad I did. I love the attitudes. Plus, Max and Caroline are cute so my husband likes it.
I have been hired by Warner Bros. WBWord division to promote WBTV shows nominated in the People’s Choice Awards.