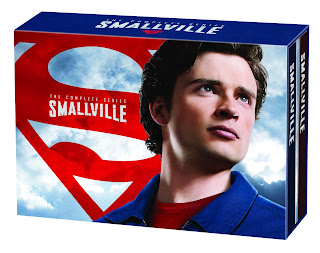 I have posted a couple of times recently about how sad I have been that Smallville is over. What if there was another season? What would you see happening in the next season? Its definitely something to ponder about. I have wondered if there was another, would it be more comic-verse or movie-verse?

I think speeding ahead to the future a bit would be neccesary for a next season. Even just a few years. Way too much happened in the last season to just roll a few days later. Maybe the first episode of the next season could just be a big teaser. In my mind it would have Clark and Lois married and living together peacefully, possibly with her being pregnant but I think thats something that should happen later on. I also think that there should be some scenes of random help that Superman does (like in the movies) but that at the end, you should see something awful being built or planned by Lex Luther (*swoon*) so that it makes the wait for the next episode so much greater!