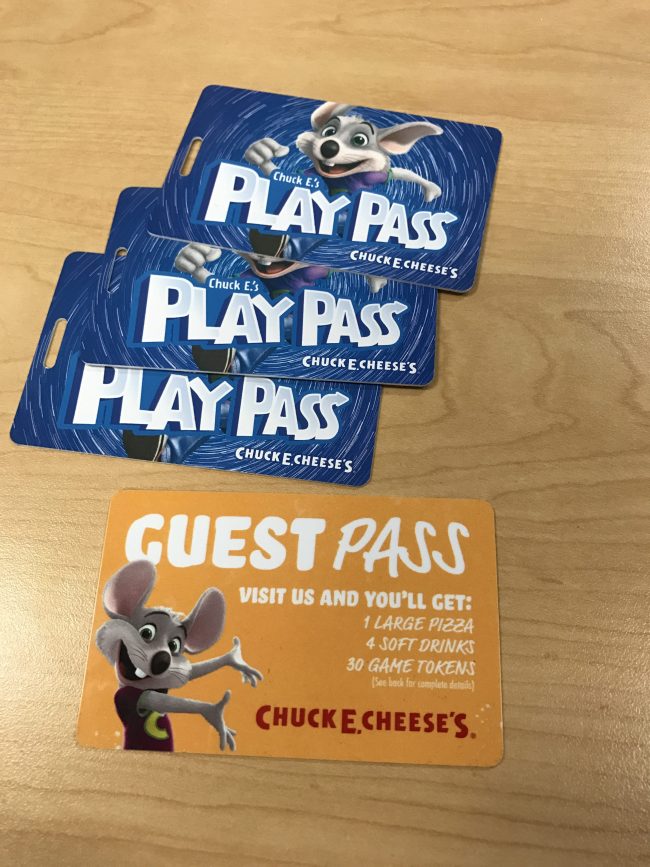 I was the star of the show when I took my kids to Chuck E Cheese’s  in Birmingham, AL the week of Thanksgiving. I was sent three Play Passes and a Guest Pass to try out the new system. I had to wait until they were out of school and then I just didn’t tell them we were going and we showed up there. Of course I had to fight Hwy 280 traffic but luckily it only took about 30 minutes. My kids started cheering when we pulled in because they knew where we were going.

We are about to get our play on at #chuckecheese with a cool guest pass & the new Play Passes! #ad @ChuckECheeses pic.twitter.com/feJjbktfIo

Even my teenager was excited after we finally got in there. I saw him post an Instagram saying he was going to be so bored at Chuck E Cheese’s with his siblings and then five minutes later he was running around playing everything with a smile on his face. He loves the new Play Passes and the pizza of course. They recently changed out their coin systems for Play Passes which hold all the ‘credits’ on them. Some games like the coin drop games you can scan your Play Pass and it will give you a coin. I love those games. They have kiosks set up where you can check your balance on the cards, register them online (right now you can get a bonus few points by registering your card). Each point is a play. Some games require two points but most of them are just one just like it was with coins. I love how simple it is. It is so easy to use that my 3 year old figured it out right away. She was walking around the smaller kid section and scanning her card in for games all by herself. And she rode everything at least twice. Have you been to Chuck E Cheese lately? You should try out the new Play Pass and go TODAY!