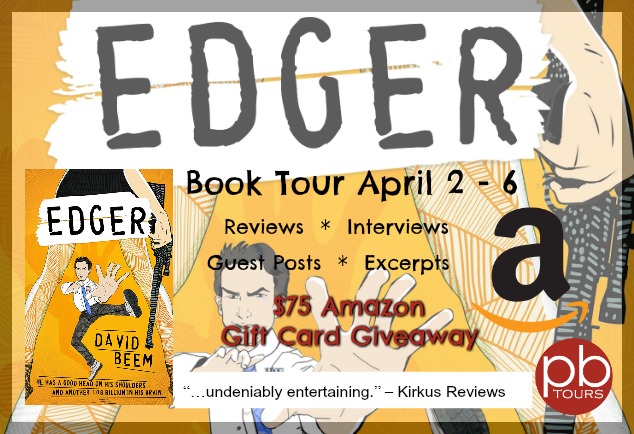 His superpower: the ability to channel the Collective Unconscious, a psychic network connecting the living and the dead. In his arsenal are the skills of Bruce Lee, the strength of Samson, the wisdom of the ages…and the dancing chops of Michael Jackson—including that one twisty foot move, crotch grab, and fedora tilt.

But there’s a catch…

Like every psychic superpower to get administered through a hypodermic needle, this one comes with a prick. Someone seems to have misplaced the booster necessary for stabilizing his superpower. Without it, Edger has three days before his brain turns to pudding.

Join our Dork of Destiny as he overcomes the world’s greatest butt, two rival Cluck-n-Pray gangs, an evil cow, a Green Bay Defensive Tackle, rifle-toting assassins—and a pair of stoners who inadvertently create the world’s first supervillain after a wild night on Twitter!

David Beem enjoys superhero movies, taekwondo, and flossing. He lives in Djibouti with his family and crippling

Enter to win a $75 Amazon GC. Enter the form to win. Open to everyone that can get an Amazon GC 18+